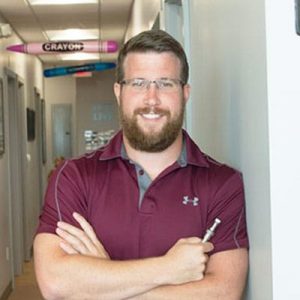 Dr. John Jones grew up in Osceola, Iowa and graduated from Clarke Community High School. He played football, wrestled, and ran track. Dr. John was born nine weeks premature and had many health issues associated with that. He first got under chiropractic care when only six months old. This had a profound impact on not only his health, but also his future.

The education process associated with the care Dr. John received highlighted the body’s ability to heal itself naturally, provided the proper conditions, by having a properly functioning nervous system.

After receiving his Bachelor Degree of Science from the University of Northern Iowa in Cedar Falls, Dr John attended the fountainhead, Palmer College of Chiropractic in Davenport, IA to pursue his doctorate in chiropractic. Dr John then had the opportunity to work in one of the largest pediatric practices in the state of Pennsylvania. Here, he gained valuable experience working with pregnant moms and infants. When Dr. John is not in the office you will find him exercising, cheering on the Chiefs, and enjoying time with friends and family. 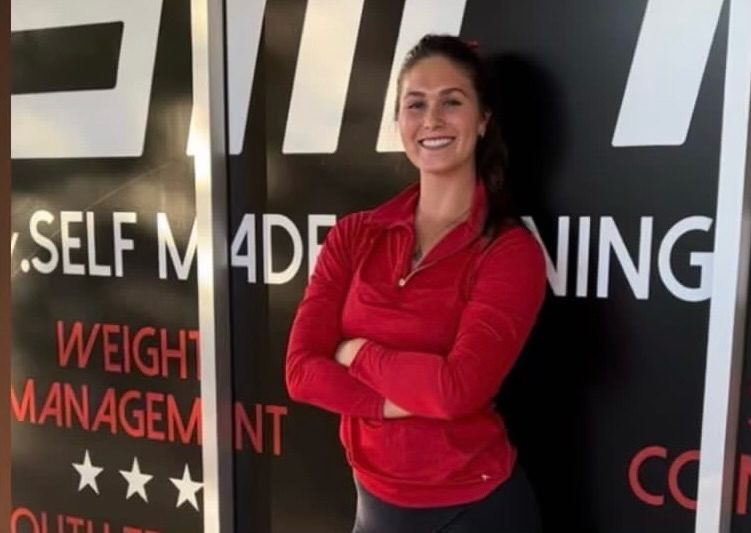 Dr. Meghan Johnson was born and raised in Odessa, Missouri and graduated from Odessa High School. When Dr. Johnson was in middle school when she had her first exposure to the benefits of chiropractic care when her father, Ron Johnson, would seek comfort from his MS symptoms through chiropractic adjustments. When Ron would go to the chiropractor he would take the family to get adjusted as well. This early introduction to holistic medicine inspired Dr. Johnson attended Cleveland University Kansas City where she received her Doctor of Chiropractic degree. After graduating from Cleveland, Dr. Johnson moved to Surprise, Arizona with her spouse and two dogs where she practiced.

After experiencing multiple hikes through the desert and floating down the Mesa Salt River, Dr. Johnson decided to find her roots back in her hometown area. Since she is so familiar with the Eastern Jackson County area Dr. Johnson landed in Independence and joined Paramount Health Chiropractic.

When asked why Dr. Johnson wanted to become a chiropractor, she reported that she chose this career path because she wanted to have an impactful career that would help other people find relief from musculoskeletal dysfunctions just like the way it helped her father. Outside of the office Dr. Johnson has many hobbies and interests. You can often find her at the race track with her family racing team, RJ Racing, or playing volleyball with her spouse, Jermaine. Dr. Johnson has two beloved dogs, Cash and Diesel, that basically run the show at home.

Gwyn also grew up in Osceola, IA, where she met Dr. John in grade school. She graduated from Iowa State University in Ames, IA, where she received her degree in Child, Family and Adult Services, she went on to obtain her Masters in Public Administration from Drake University in Des Moines, Iowa.

She found much joy in serving people who were struggling with addiction, abuse, and lack of resources. She is equally thrilled to continue to serve individuals and families and teach them about health and healing through chiropractic care.

Gwyn has, first hand, experienced the benefits of chiropractic care. Gwyn has always considered herself to be healthy. She has been able to increase her energy, reduce her number of headache days, and continue to function at an optimal level of health. Through neurologically based chiropractic care, she has been able to improve the function of her immune system, and she no longer has routine headaches or sick days.Gwyn is the Office Manager at Paramount Health Chiropractic and, more often than not, you will find her smiling at the front desk. When Gwyn is not in the office, she enjoys a good cup of tea, working out, and spending time with family and friends.