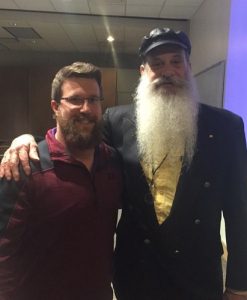 Over 120 years ago, chiropractic was introduced to the healthcare world. Since its arrival, new techniques and methods have been introduced in an attempt to produce optimal long-term results and relief. Even now, chiropractors are constantly looking for the best ways to improve spinal and nervous system health. 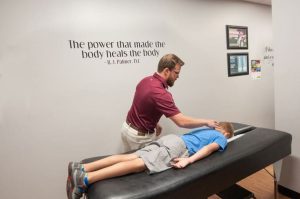 The ultimate goal of chiropractic care is to improve and sustain the functionality and health of the nervous system. Our bodies are always working to adapt to stress. When our bodies physically fail to adapt, our ability to heal decreases. This correlation is directly visible in the spine, often through vertebral subluxation, or misalignments of the vertebrae.

Torque Release is an adjustment technique that is based on the traditional gentle touches performed by the chiropractor’s hands. Due to the fact that TRT works to normalize the nervous system’s tone, it is often referred to as a tonal technique. For example, when the tone is too high, it can appear as internal organ dysfunction, musculoskeletal stress and weakened immune system response. When the tone is too low, the nervous system might not send sufficient messages to the body to perform certain functions. When these functions slow down or stop completely, muscles weaken and have a difficult time supporting the skeleton, leading to a myriad of discomforts and pains.

TRT is able to solve the issues of an unbalanced neurological tone by regulating nerve, brain and spinal cord function. The technique focuses on correcting subluxations with an adjusting instrument where the dura mater, or the outermost surrounding membrane of the spinal cord and brain, attaches to the spinal sections. These attachments can be found in the upper neck, the base of the spine and the tailbone. 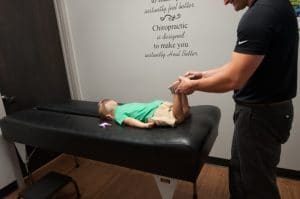 The adjusting method of torque release enables the nervous system to better communicate and function throughout the spinal cord and brain. After an adjustment, a patient will likely notice their body aligning and correcting other subluxations all on its own. The technique empowers the body to correct and heal itself for long-term health and relief.

By reducing tension throughout the entire spinal system, the nervous system becomes reintegrated and the body’s performance capabilities greatly improve.

Torque release is a technique that is safe for all ages of children, from infants to teenagers. The method is very gentle, yet extremely effective. Schedule a consultation with Paramount Health Chiropractic today to learn more about Torque Release Technique and how we could become your Eastern Jackson County Chiropractor.

PRECISE: When using an Integrator you can pinpoint the exact point on the spine that requires an adjustment.  Manual adjusting lacks this degree of accuracy and specificity.

SPECIFIC: The force, frequency of energy, torque, speed and thrust provided by the Integrator have all been tailor-made to deliver the perfect amount of energy to help remove nerve interference. Break through from a mechanistic attempt to facilitate neurological change to a system that ensures tonal change.

GENTLE: An adjustment utilizing the Integrator can be delivered with the spine in a perfectly relaxed neutral position with the perfect amount of force: Whereas a traditional adjustment requires the spine to be stretched to a position of tension followed by the manual thrust by hand to sufficiently open the spinal joints to activate a cavitation, or “popping”, response.

FAST: The incredibly fast but shallow impulse is one of the secrets to the effectiveness of this adjustment while being so gentle.

RECOIL: Another of the secret ingredients built into the Integrator is recoil. This bounce in the impulse increases the body’s response. 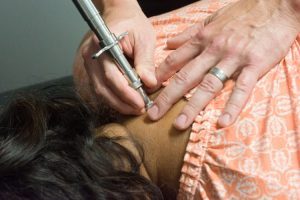 TORQUE: Subatomic particles, atoms, muscles, and human bodies move in three dimensions. The three-dimensional impulse of the Integrator maximizes the effectiveness on the human body.

EFFECTIVE: The benefits of Integrator adjustments have been measured by scientific research and this research has been published in major peer-reviewed medical journals.

RELIABLE: The way that the Integrator delivers an adjustment is very consistent and reliable so that the right amount of force and energy is transmitted on each and every adjustment.

CONSISTENT: The systems that are used in TRT and the features of the Integrator are very reproducible, which means that several practitioners using the same method can deliver the same results and experience.

RECOGNIZED: The Integrator holds several patents and is a legally marketed device for the adjustment of the Vertebral Subluxation; only available to licensed Doctors of Chiropractic.